It can be connected to computer by the USB interface, and quickly form the magnetic field monitoring and measurement system by dedicated acquisition software. 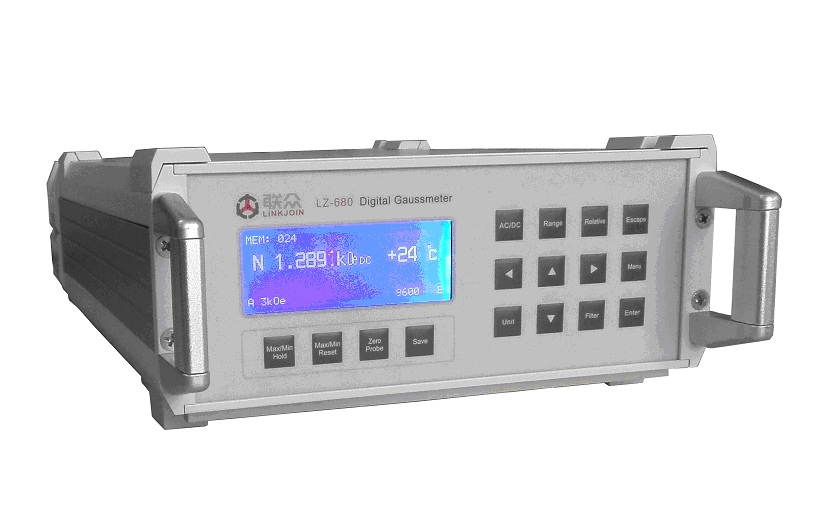 Probe Features
LZ-680 equips transverse hall probe.
Probe constitutes of tip, body, handle, cable, connector, protective tube and calibration number.
There is hall sensor in the tip of probe, it is frangible and located 3mm away from the tip. The size of tip after enclosure is 1.2mm in thickness and 5m in width.
Probe body as the connector of handle and tip, it can extend the tip to the position for easy operation.

Handle is the only part which operator can handle during the operation, in some certain applications, operators can use fixed system to fix the handle to guarantee the stability of tip.

The cable connects tip electric to connector, the length of it is 2m. The connector is DB15-core plug, which can connect to the probe socket in the rear panel LZ-680.
[image]

We do not contain axial probe as standard equipment.

Note:
The information of the product may be changed without notice.